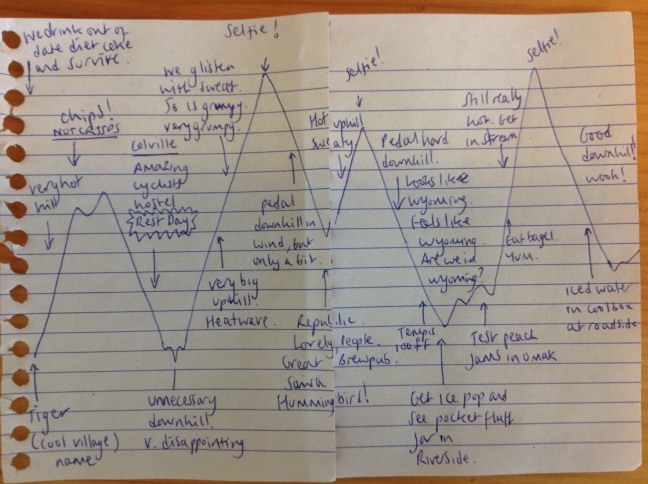 My arrival in Idaho was bumpy. We needed a safety pin and tweezers to extract the puncture-causing wire from my tyre. It’s times like that I feel grateful to have a doctor on hand. It was a quick ride to Bonners Ferry, and a lovely one the next morning to Sandpoint, via an ice cream and the valley of a chase in the real Falcon and Snowman story.

Just when Idaho seemed delightful (we had met nice people, scenic riverside cycling, etc) it went nuts. In the last 10 miles before the border we saw all of these. Yes, bottom left is a public toilet. They should really get in touch with the Albanian football stadium we visited to share good practice. 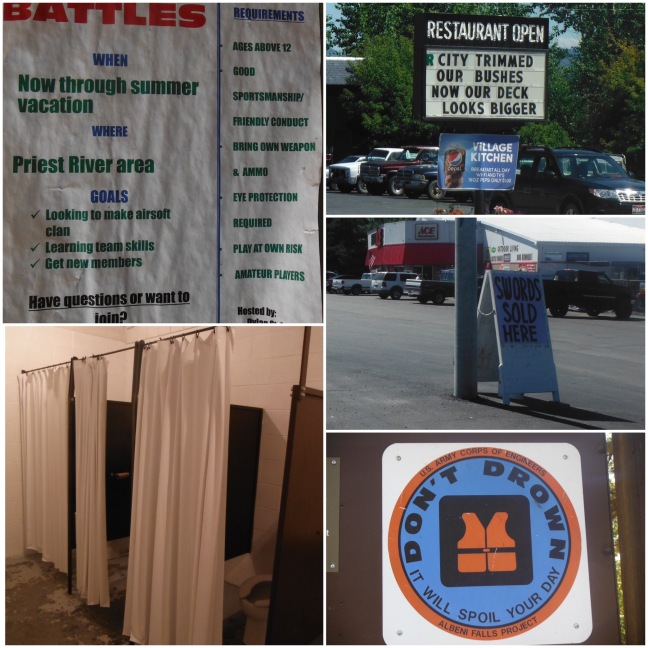 It is was exciting to get to Washington – our last new state before the ocean. Maybe this made Jo a little giddy. She went into a supermarket to get some ice cream and bought a three pint tub. Apparently it was cheaper than one pint. We ate it sat outside the cloud Forest Service Ranger Station in Newport. I’m relieved to admit that we didn’t quite manage it all but ate enough to make us feel unwell for the rest of that day’s ride. Jo hasn’t been trusted to buy ice cream since.

The next day was very hot. We opted for fizzy pop instead of ice cream and stopped for some chips at almost the top of the big hill. Our target was a wonderful bike hostel we had heard about. It was so sensational we decided to have a rest day. Good news – big downhill to the town to get food for the rest day. Bad news – long uphill in very hot weather with food to get back. I had a wobbly pedal though, so we made the trip, got pedals and a lot of food. We had some tough riding ahead.

The next day was even hotter. It turned out eastern Washington was having a heat wave, perfectly timed for our biggest climbing days since Colorado. Between us and the coast were five passes as state highway 20 winds through the North Cascades. Two of the days had more than 1500m of elevation gain.

Between the passes were scorchingly hot valleys. I don’t think I have ever sweated so much as during those few days. To exacerbate the heat/sweat/thirst problem Washington turned into a sort of squashed up Wyoming. Suddenly there were funny coloured rocks, no trees and it smelled of the sagebrush. The only differences were the closeness of the hills and the fact that we could always see at least one house.

We didn’t get out of Wymashington until we began the Washington Pass climb. The others had been a bit hard but this one was a real toughie. It was much steeper and had a dramatic switch back that resembled Sunwapta on the Icefields parkway. Fortunately it was much cooler and a real bonus was a friendly SAG wagon crew at the top who shared some of the snacks their road cyclists didn’t need. 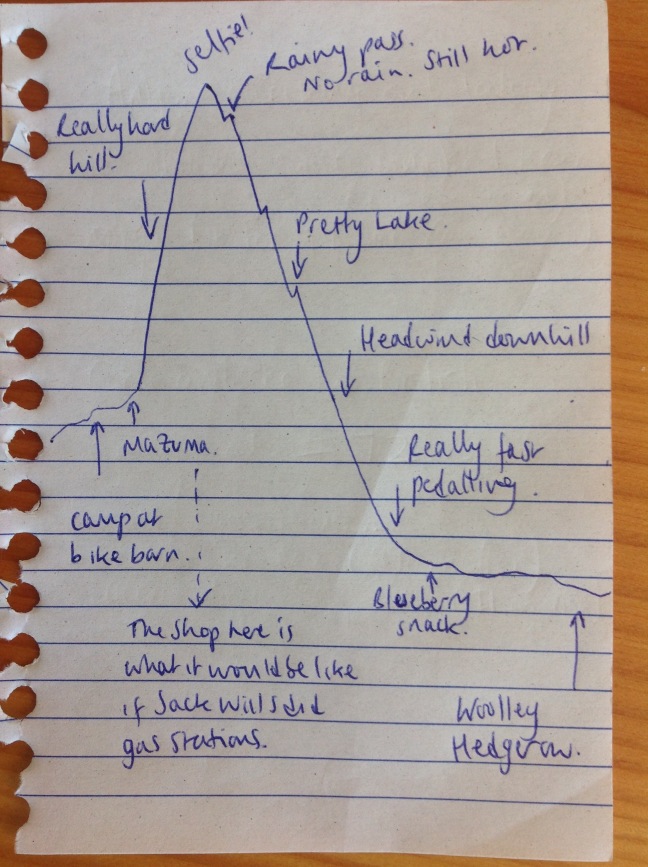 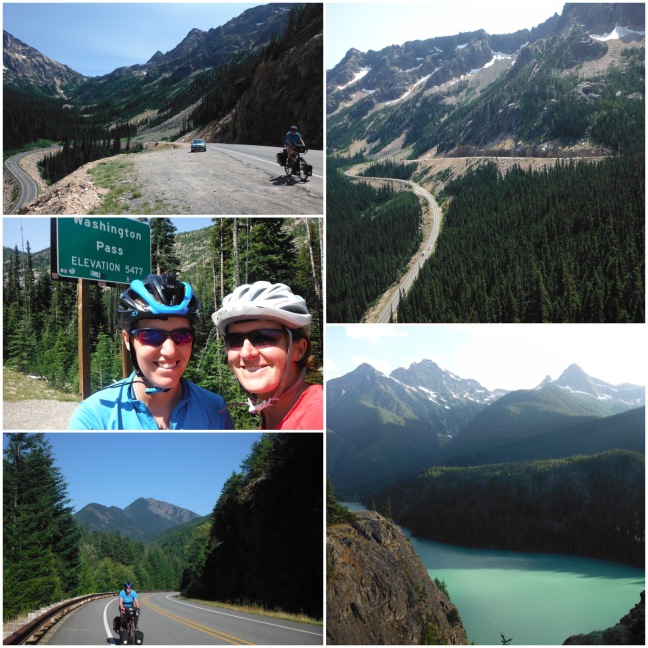 The scenery was wonderful on the way down and we had a great night camping by Diablo Lake. We were aiming for Sedro-Woolley for our last night before hitting the ocean but had a great deal of trouble remembering this name. We struggled with it so much we decided to ride straight through Sedgely Woollen to Burlington. On Sunday July 31st, 102 days since leaving Boston we were only 20 miles from the Pacific Ocean.